I've had the chance to spend time with Shakeeb Rahman at Kscope15 and talk about some of the new APEX UI features.

From the beginning I thought Theme Roller was going to be a gimmick... something only usable through the Universal Theme boundaries.

Turns out I was wrong, Theme Roller is 100% customizable.

In the past months, I've been putting a fair amount of time in this theme Material APEX (Demo) (Source).

General feedback is positive, but people were struggling with changing the default colors I had chosen (Cyan and Red).

My answer was: You need to manually install the source files and compile the SASS yourself and change the global variables colors... 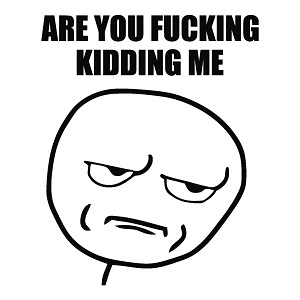 This was where I lost most people and caused the decision not to use the theme.

The alternative was to batch replace #00BCD4 (Cyan) and #EF5350 (Red) in the final CSS file, but everyone knows this is bad practice...

Here's the secret with Theme Roller

It's configuration is based off a LESS file hidden in the "Theme Styles" attributes: 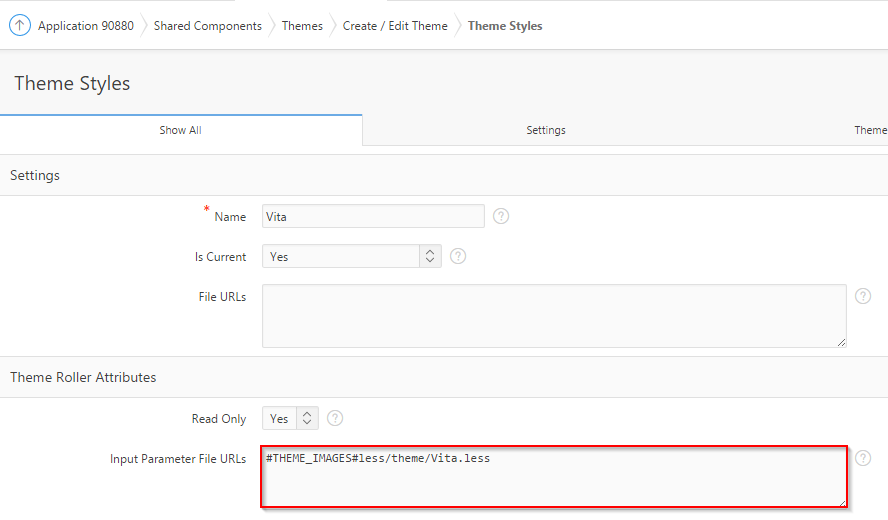 LESS is a CSS preprocessor that allows CSS enhancements such as variables and nesting.

The LESS file is the brain that controls everything that happens with Theme Roller; starting from groups, variables, selectors and finally CSS styling.

The key thing to understand is that the LESS comment blocks are actually parsed by the APEX engine to generate the Theme Roller groups. So the configuration goes like this:

Now the variables are ready to be used, you simply need to apply CSS over them.

Now make it your own!

Here's what the LESS file looks like in Material APEX:

So... people stopped asking about how to change colors... 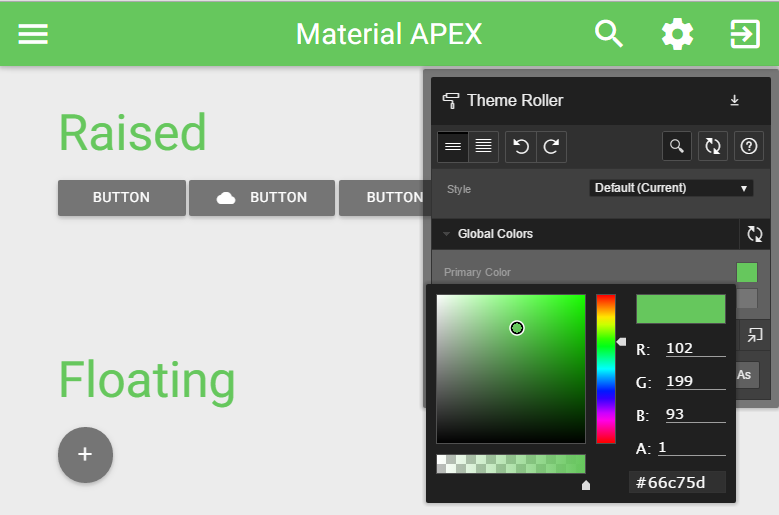 Important notice: if you are planning on using the Universal Theme for your project, this technique is not recommended because you might not be able to benefit from future updates from the APEX team. You've been warned but I still encourage you to customize your styles!

A few weeks ago I published a blog post Pinch and Zoom like Instagram. Turns out I didn't properly test on iOS and the effect was flaky. Here is simpler and more efficient solution using only native JavaScript, no library involved like Hammer.js in my first blog post. Try

Very soon, a project that I've been working on over the past 2 years will go LIVE. It's a very special APEX app designed entirely for public use. That means anyone in the world will be able to use it. For free. No login required! The demographics that will use

Fetch API series: Part 1: Basic UsagePart 2: Securing EndpointsPart 3: Security SIMPLIFIEDIn my last blog post, I explained how to make the Fetch API work against an APEX session using OAuth. I was quite proud of the solution, but turns out there is a better way. Instead of using